Have you ever cycled the Isle of Wight? If not, you’re missing out.

Lonely Planet listed the Isle of Wight number 1 in a list of 10 trips that should be on every cyclist’s wishlist. It said: “The Isle of Wight is a cycling paradise that is home to some of the UK’s most varied terrain: lush velvet hills rolling into the sea, narrow lanes through tidy hedgerows, deep and mysterious green gullies, and the island’s most striking feature, the ridge of white chalk cliffs stretching across its breadth.”

We couldn’t have put it better ourselves.

(In fact, we’re such fans it’s in our pick of the best places to cycle in the UK.)

The Isle of Wight has branded itself “the cycling island” – and that’s very fair given the 200 miles of cycling routes (on an island that’s 147 square miles) and the annual Isle of Wight Cycling Festival.

It’s most famous for the Isle of Wight randonee sportive, the annual circumnavigation of the island by bike (our guide to the route is here). But there are also lots of traffic-free cycle paths (many of which are navigable on a road bike), so it’s a great place to get the kids cycling.

Cycle around the Isle of Wight, and you’ll find quiet, varied, signposted routes, a laid-back pace of life, and great places to stay and eat. More than half the Island is an area of Outstanding Natural Beauty, and almost 30 miles of the seashore is Heritage Coast. It’s also one of the few places you can see red squirrels in the wild.

Below you’ll find our favourite Isle of Wight cycling routes for you to enjoy. And this is a little taster video to show you what to expect from the scenery (made by Epic Road Rides reader, Andy Allen):

Fancy cycling the Isle of Wight?

You’re in the right place. In this guide, you’ll find everything you need to plan unforgettable Isle of Wight cycling holidays: detailed information on the best Isle of Wight cycle routes plus where to stay, when to visit and where to rent a bike.

Read on and plan your next cycling adventure.

This article includes details of products and/or services that we have used ourselves or which we would consider. Some are paid features or include affiliate links where if you click on a link and make a booking or buy something, we may earn a commission. As an Amazon Associate we earn from qualifying purchases. Please read our disclosure policy for further information.

Here are some rules of thumb to help you plan your Isle of Wight cycle routes.

The links below will take you to three of our favourite routes on the Isle of WIght: 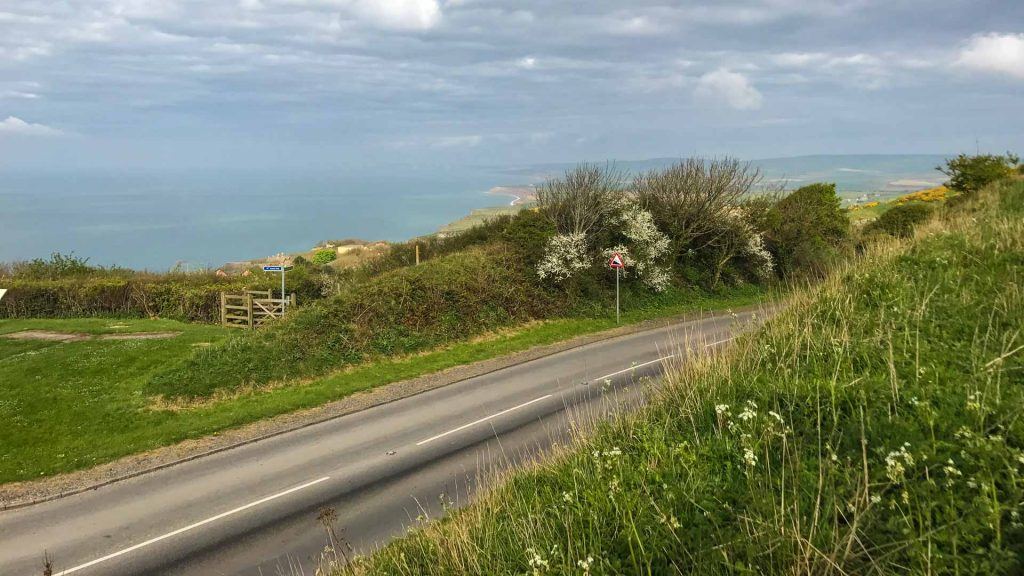 Our in-depth guide to cycle route planning may be useful if you want to find some additional routes!

Family cycling around Isle of Wight

The Isle of Wight tourism office has information on short, easy Isle of Wight cycle routes that would be suitable for family bike rides. But watch out: many of these are on mixed terrain, some of which is not suitable for road bikes.

The Isle of Wight’s round the island cycle is in May each year. Local club Wayfarers CTC organise it and you can either do a 100km ride (with approximately 1,500 meters of climbing) clockwise around the island or a 55 km loop clockwise in the east of the island.  It is free to enter (though you are encouraged to donate at the checkpoints). Book your place early.

Don’t miss our top tips for cycling Isle of Wight.

Where to stay (for cyclists)

Remember to double-check accommodation bike storage arrangements (and any other services you need) before booking as policies often change.

When you’re thinking about where to stay, bear in mind what type of cycling you want to do. If you’re focused on cycling round the island, you’ll probably want to stay on or near the route. Our round the Island route guide should help you plan, and we think these accommodation options are particularly good:

Alternatively, if you want to access the traffic-free cycle paths, you’ll want to be close to those (see above). In that case, these accommodation options would suit you well:

Or how about hiring a holiday adventure van and doing a mini tour?!

Our quick guides to the Isle of Wight’s towns and beaches should also help you narrow down your choices!

Or read on for our top places to stay on the Isle of Wight.

Pitts Keep is a gem. We stayed for a week in this three-bedroom Victorian villa. The one-storey house is set around an enclosed courtyard and has a fabulous garden with lovely sea views. Inside it’s stylishly decorated, warm and cosy. We’d definitely recommend it to friends.

We would certainly return to Pitts Keep. It’s a stylish, comfortable house in a tranquil village, and a great base from which to ride the island.

The north: where to stay near Cowes

The east: hotels near Bembridge

The south: hotels near Ventnor

A final thought: we love the look of The Hambrough, Ventnor. Unfortunately, however, we were told it wouldn’t be possible to keep bikes in our room; the only place they can be stored is an outside courtyard.

The west: B&B near Freshwater, Yarmouth, the Needles

Prices, services and bike brands often change. Please let us know if anything is incorrect.

Undecided on whether to hire a bike or bring your own? Read this.

Other Isle of Wight bike shops

You won’t find bike hire in the shops listed below, but they could be useful to know about if you have a mechanical while you’re on the island. Remember also that some of the hire shops listed above also do repairs.

It is well known that the Isle of Wight (and particularly the southeast of the island) has a milder climate and is sunnier than other areas of the UK. Towns such as Ventnor also have favourable microclimates due to their sheltered position under cliffs.

That said, don’t expect Mediterranean weather; this is still the UK, after all.

So, the big question. When to go cycling on the Isle of Wight.

It comes down to your priorities. We hope this colour-coded chart will help you decide.

For practical advice on visiting the Isle of Wight, try:

For history and quirky facts about the Island, The Little Book of the Isle of Wight by Jan Toms is a good bet.

If you are looking for a novel set on the Isle of Wight, these are a good starting point:

Want to watch a film before you cycle Isle of Wight?

Victoria And Abdul, also starring Judy Dench, was filmed on the island.

Try Outdoor Leisure 29 for a highly detailed 1:25,000 scale, or OS Landranger Map sheet 196 The Solent and Isle of Wight at 1:50,000.  These are particularly worth buying if you want to find alternative routes/take diversions from the round island route

The eight wonders of the Isle of Wight

(There are various versions of this!)

Want more? Don’t miss our guides to the best Isle of Wight cycling routes and other articles on the Isle of Wight, below.

Want to check out some other destinations? For our UK guides, click here – or search by the month you want to travel or cycling destination you want to visit, here.

Ask us a question 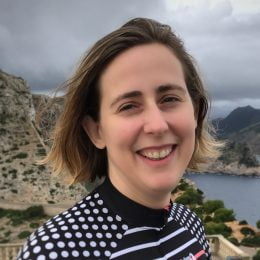